The Holly and The Ivy

Edward Elgar’s arrangement of the old French carol, The Holly and The Ivy, was written in 1898 and performed only once, conducted by Elgar in 1898 for the Worcestershire Philharmonic Society, an amateur orchestra he formed. The music then disappeared for over 70 years, and was found in an attic wrapped in newspaper dated Dec. 29, 1898.

This lovely, most atmospheric arrangement is more than a choral accompaniment.  It belies Elgar’s subtlety and skill as a composer.  Paul Noble is privileged to have received a copy of Elgar’s original, handwritten, autographed drafts of the score, on which this arrangement for Concert/Wind Band is based. The arrangement is written for combined band and chorus, with the choral part provided. 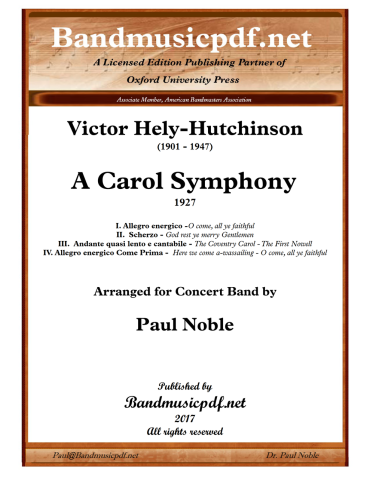